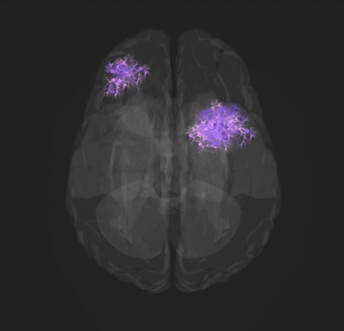 Thanks to his experience acquired with thousands of hypnosis sessions, Alex Raco conceived the idea that human conscience may not be confined to the brain, a complex instrument that permits access to an universal field of information surrounding all of us.

His idea was inspired by the Orch Or theory (Orchestrated Objective reduction) postulated since the 90s by the scientists Roger Penrose e Stuart Hameroff. Even Carl Jung, the famous psychiatrist, during last century developed a theory about the existence of a collective unconscious.

According to his experience, Alex redefined hypnosis as a "hyper-conscious" state that can facilitate access to this universal field of information.

Alex Raco is the inventor of QNA, Quantum Neural Access©, an advanced meditation technique that can produce many benefits to our well being.
Using QNA© everybody can access this universal field and obtain results. The principle of this methodology is the activation of a neural process which permits sending and receiving information.

​Possible benefits of QNA are virtually infinite:  some examples could include the enhancement of perceptions and intuitions, retrieving memories from past or present lives, analysis of energy fields and interpersonal relations, elimination of unwanted automatic mental processes and much more.

Alex's story, together with the true stories of many people guided in hypnosis, are in the book 'It's Never The End' available in English, Spanish, Italian and Portuguese  here.